Frolesworth Remembers the Centenary of World War One ....

An exhibition of artefacts, pictures and information about World War 1 in the village hall. 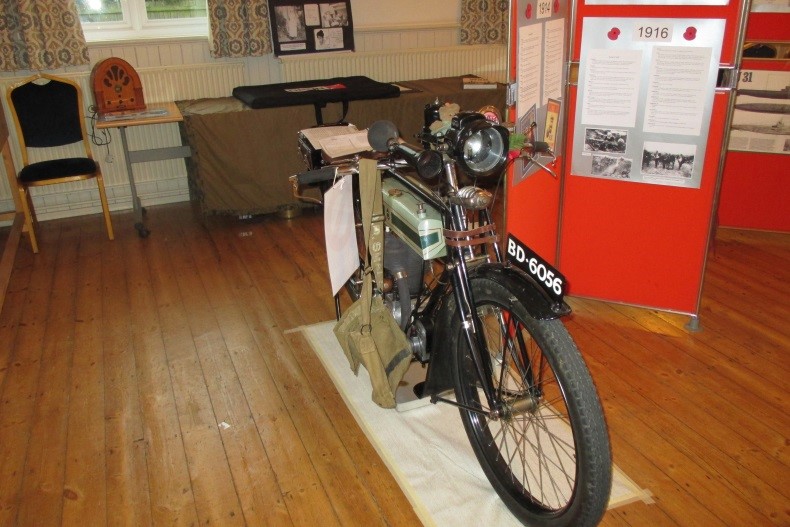 A motorbike around during WW1 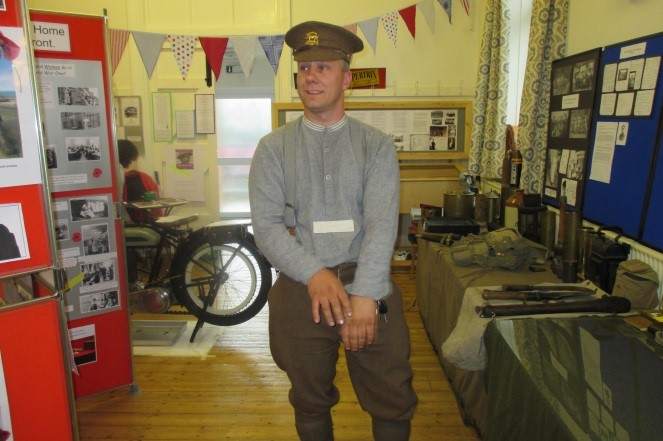 This is a uniform typically worn during the war 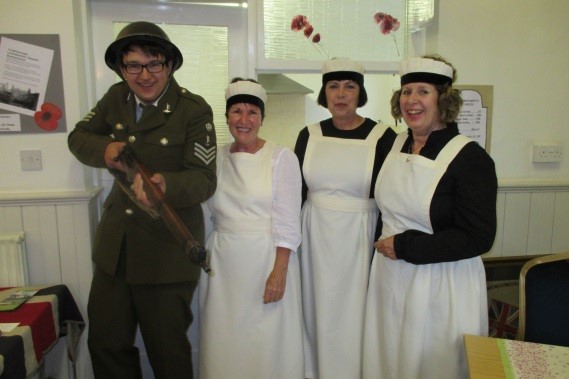 Waitresses being protected by a soldier 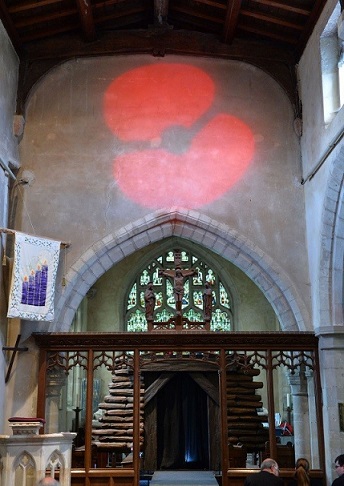 Stories being told about the start of the war 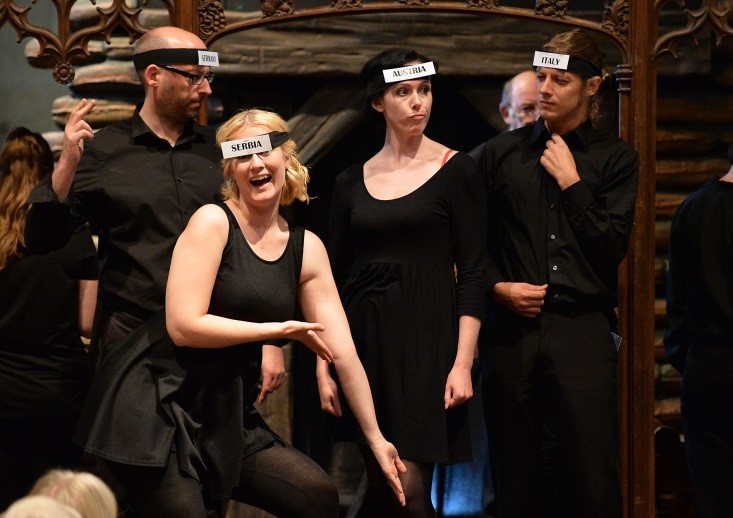 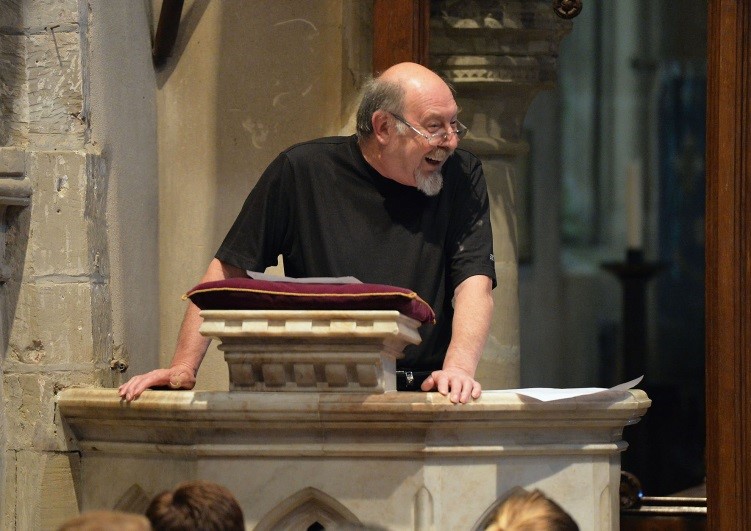 How other countries gradually became embroiled

If World War 1 was a bar fight

Austria demands Serbia buy it a whole new suit because of the new beer stains on its trouser leg.

Germany expresses its support for Austria’s point of view.    Britain recommends that everyone calm down a bit.

Serbia points out that it can’t afford a whole suit, but offers to pay for the cleaning of Austria’s trousers.

Russia and Serbia look at Austria.     Austria asks Serbia who it’s looking at.

Russia suggests that Austria should leave its little brother alone.    Austria inquires as to whose army will assist Russia in doing so.

Germany appeals to Britain that France has been looking at it, and that its sufficiently out of order that Britain not intervene.

Britain replies that France can look at who it wants to, that Britain is looking at Germany too, and what is Germany going to do about it?

Germany tells Russia to stop looking at Austria, or Germany will render Russia incapable of such action anymore.

Britain and France ask Germany whether it’s looking at Belgium.

Turkey and Germany go off into a corner and whisper. When they come back, Turkey makes a show of not looking at anyone.

Germany rolls up its sleeves, looks at France, and punches Belgium.

France and Britain punch Germany. Austria punches Russia. Germany punches Britain and France with one hand and Russia with the other.

Russia throws a punch at Germany, but misses and nearly falls over. Japan calls over from the other side of the room that it’s on Britain’s side, but stays there. Italy surprises everyone by punching Austria.

Australia punches Turkey, and gets punched back. There are no hard feelings because Britain made Australia do it.

Italy throws a punch at Austria and misses, but Austria falls over anyway. Italy raises both fists in the air and runs round the room chanting.

America waits till Germany is about to fall over from sustained punching from Britain and France, then walks over and smashes it with a bar stool, then pretends it won the fight all by itself.

By now all the chairs are broken and the big mirror over the bar is shattered. Britain, France and America agree that Germany threw the first punch, so the whole thing is Germany’s fault . While Germany is still unconscious, they go through its pockets, steal its wallet, and buy drinks for all their friends. 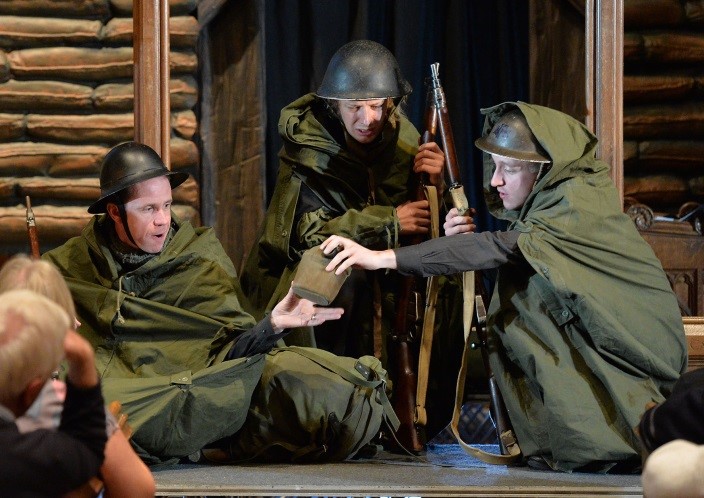 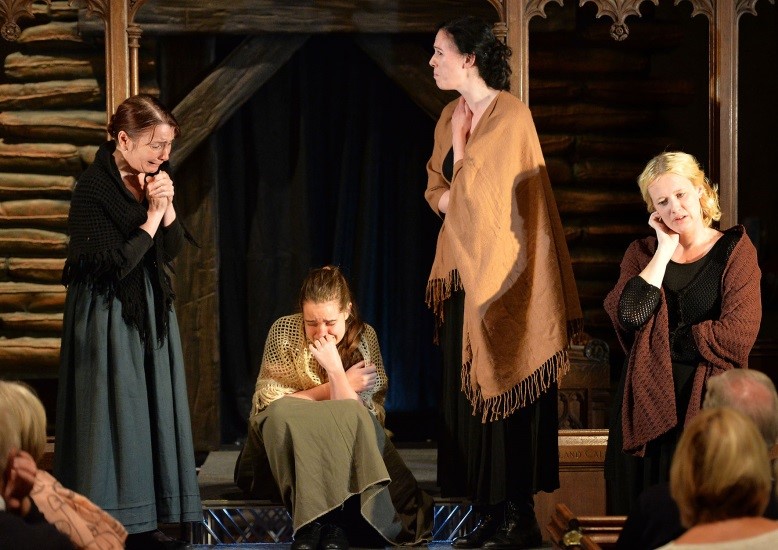 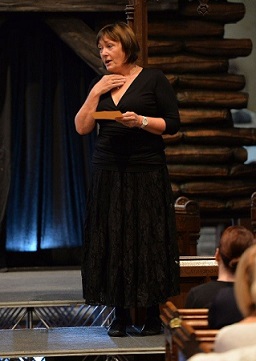 Lt. Col. (Ret’d) Jeremy Prescott presented “Sacrifice and Remembrance” about the work of the Commonwealth War Graves Commission, in the village hall. 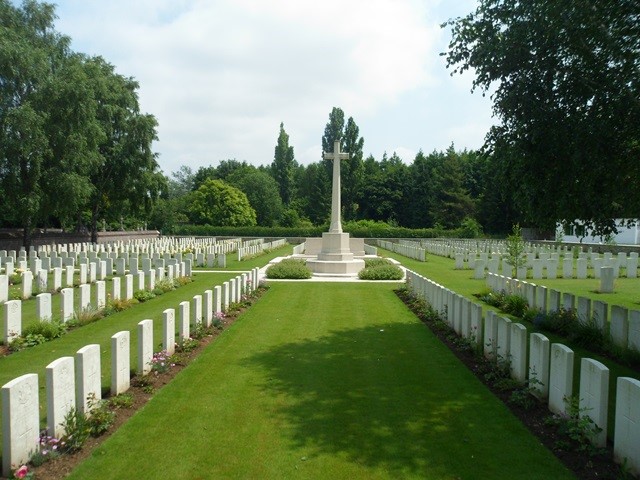 Poppies at the Tower of London 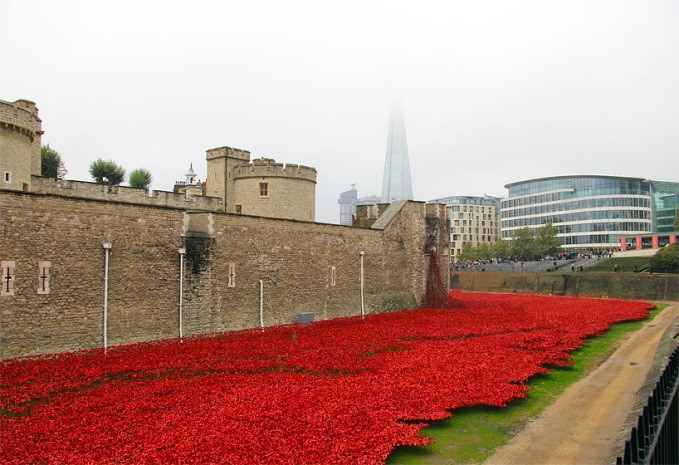 The Blood Swept Lands and Seas of Red  installation at the Tower of London. 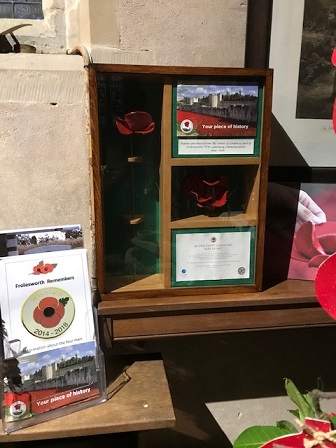 On Armistice Day in 1918 in London people swarmed through the streets celebrating the end of the war.

Outside Buckingham Palace, 5,000 people gathered within 5 minutes. At 11.15, the King appeared on the balcony before the large and joyful gathering.

News of the Armistice immediately spread through London. Guns were fired to announce the occasion in central London.

‘Within a minute the central streets were packed from side to side with wildly cheering crowds’ and the buildings sprouted flags and decorations.

Not all were celebrating

It was not quite a day of universal joy.

For some, the thought of what, or whom, they had lost prevented it being a day for celebration.

All across London, crowds gathered in public places. Mayors made speeches from the steps or balconies of their town halls.

The festivities were not as extensive beyond Westminster and the West End, but many Londoners had streamed across the capital to be part of that crowd (around 100,000 are estimated to have taken to the streets to celebrate the Armistice).

In the years after 1918, Armistice Day became increasingly a day for reflection and mourning rather than celebration – particularly once it became obvious that war in Europe had not been banished for ever.

On 11 November 1918, though, the mood in London was primarily – and understandably – one of relief and rejoicing for the lifting of the immediate burden of the war.

The King and Queen’s visit to the East End on 12 November was described as a ‘return visit’ after so many had come to Westminster the previous day.

The celebrations in central London continued every evening for the rest of that week.  Crowds  filled the streets from Trafalgar Square as far as Waterloo Bridge, still dancing and singing.

The armistice that brought the war to an end was signed at 5.10 on the morning of 11th November 1918.

To give time for the news to reach the front line, the ceasefire did not come into force until 11.00 a.m.

On that last morning 2,738 men on all sides lost their lives.

To celebrate the centenary of the Armistice we had a village vintage tea party in the village hall, followed by a remembrance service in the evening. The church bells were rung during the day to mark this event. 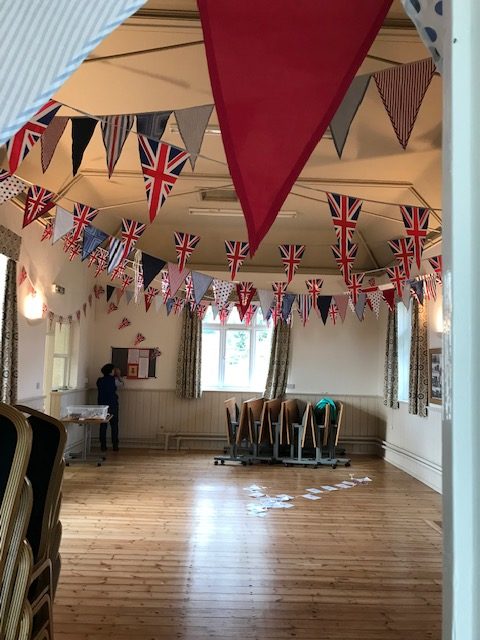 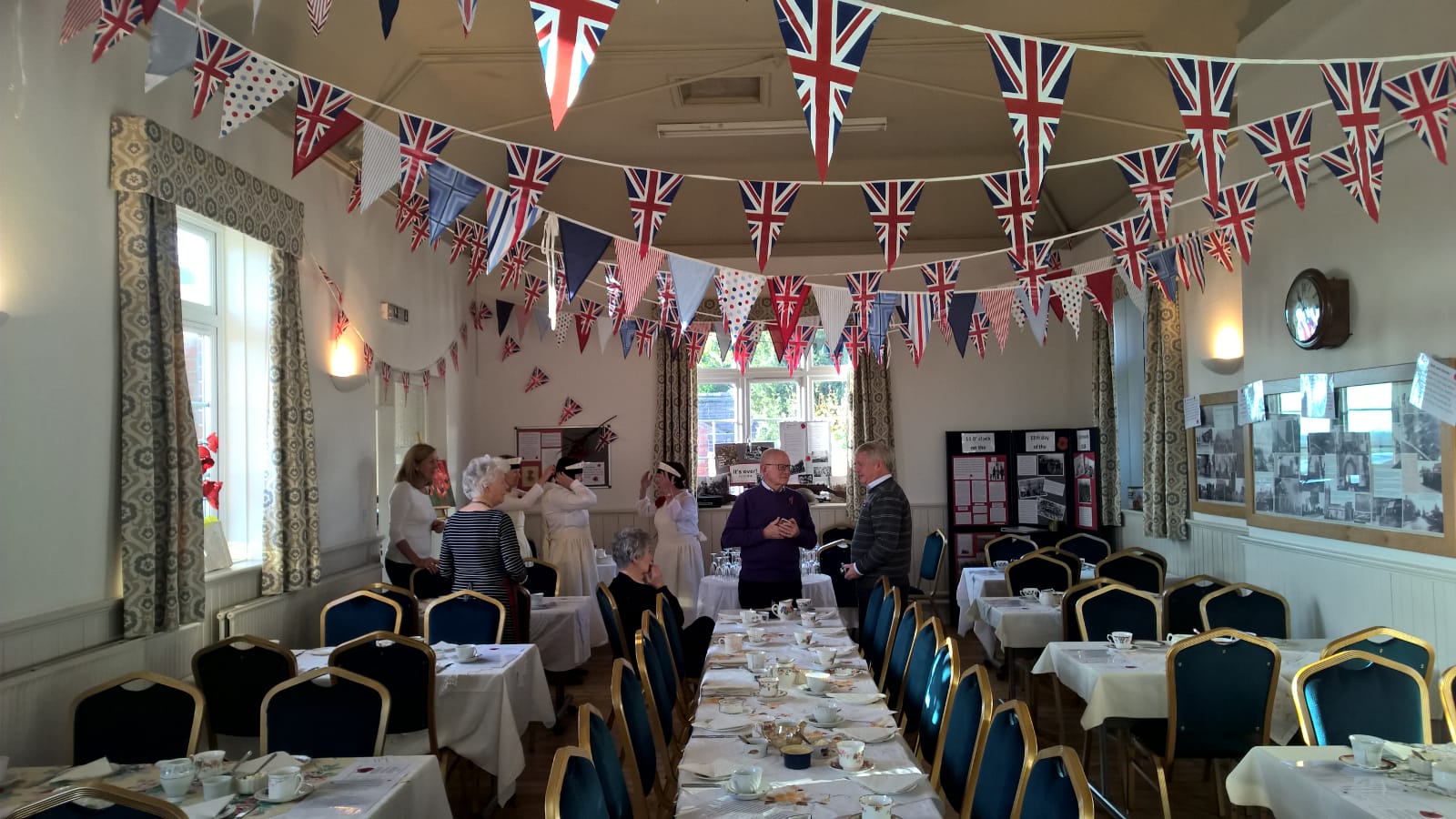 The Village Hall set up ready for customers 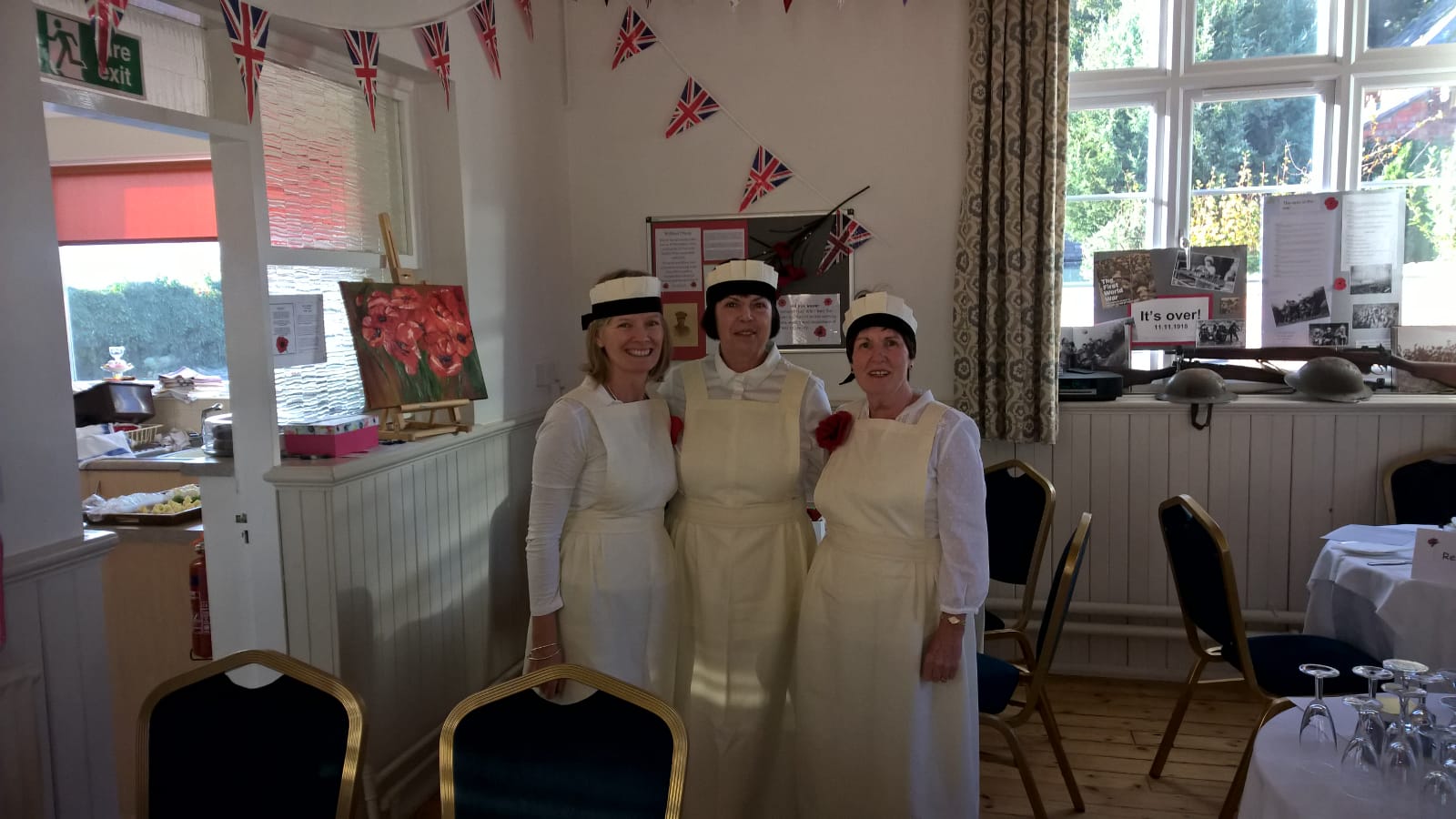 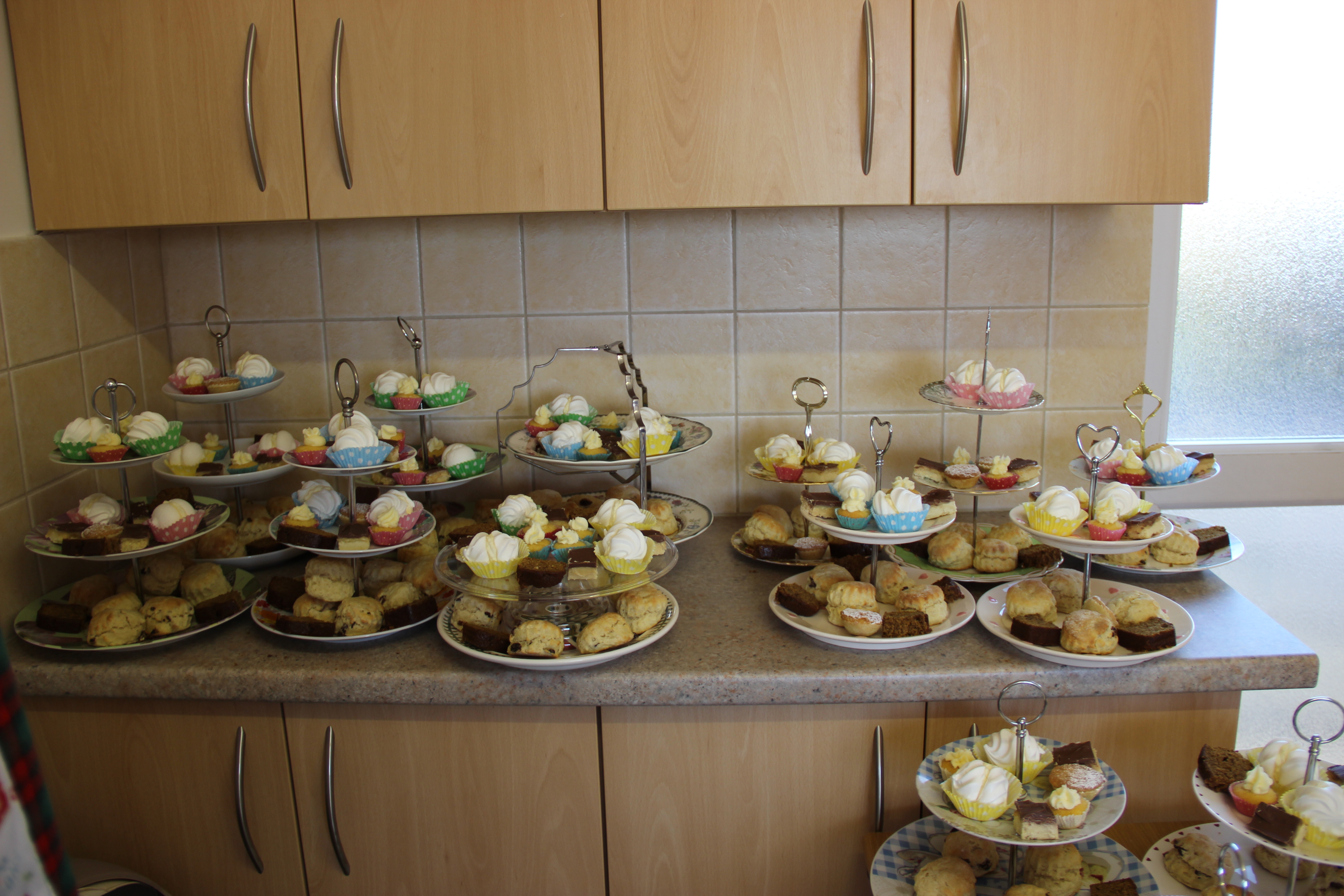 Waiting to be eaten 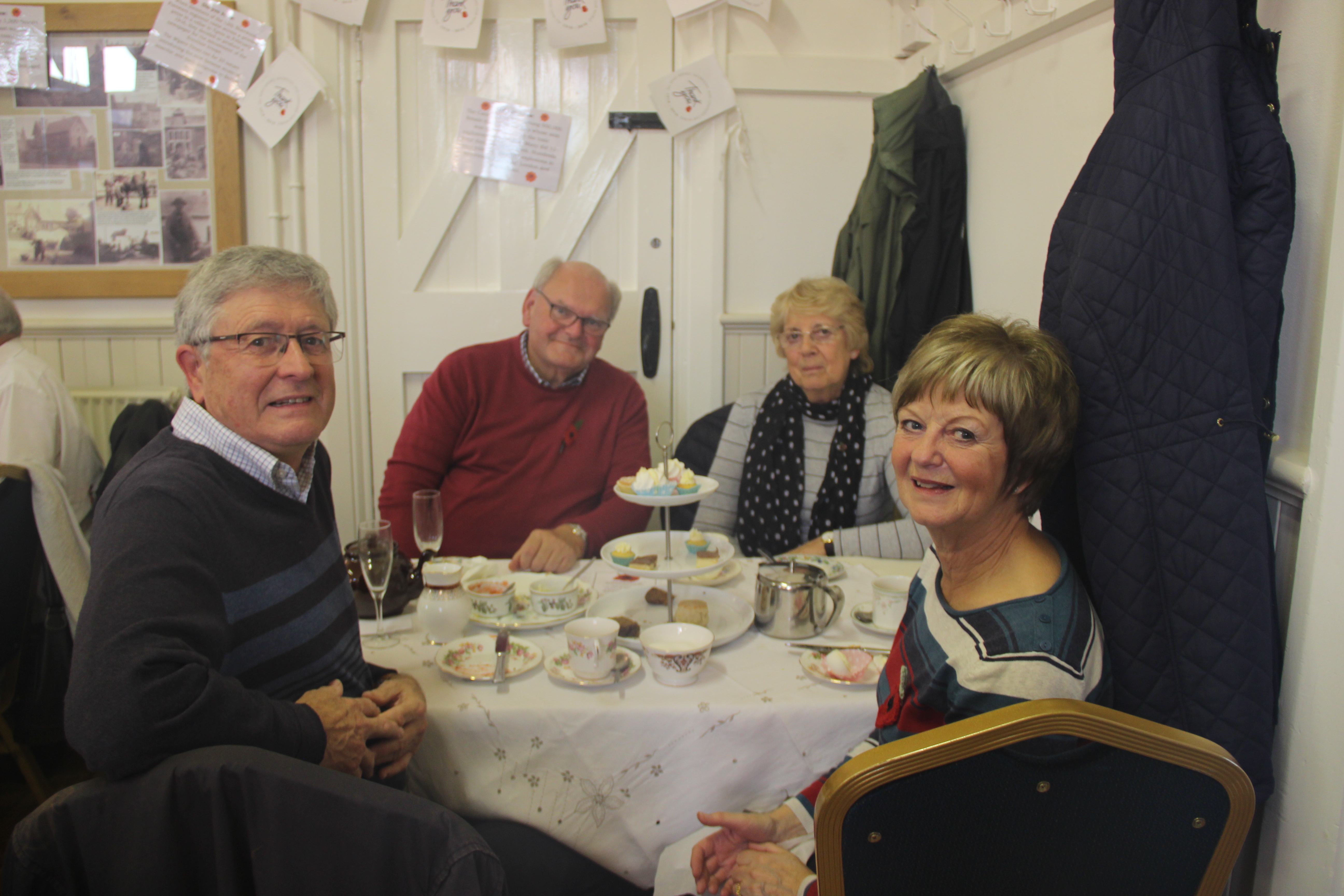 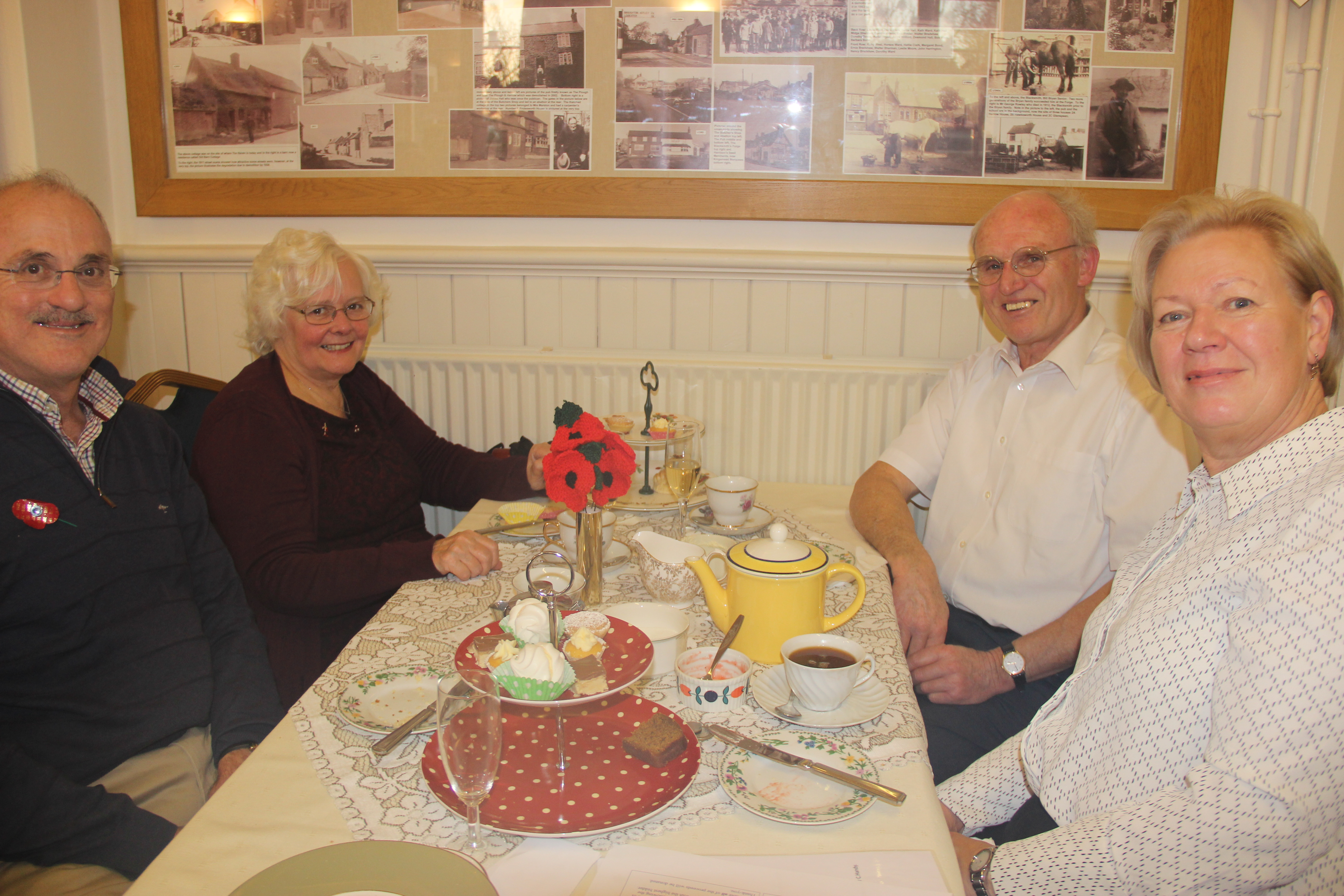 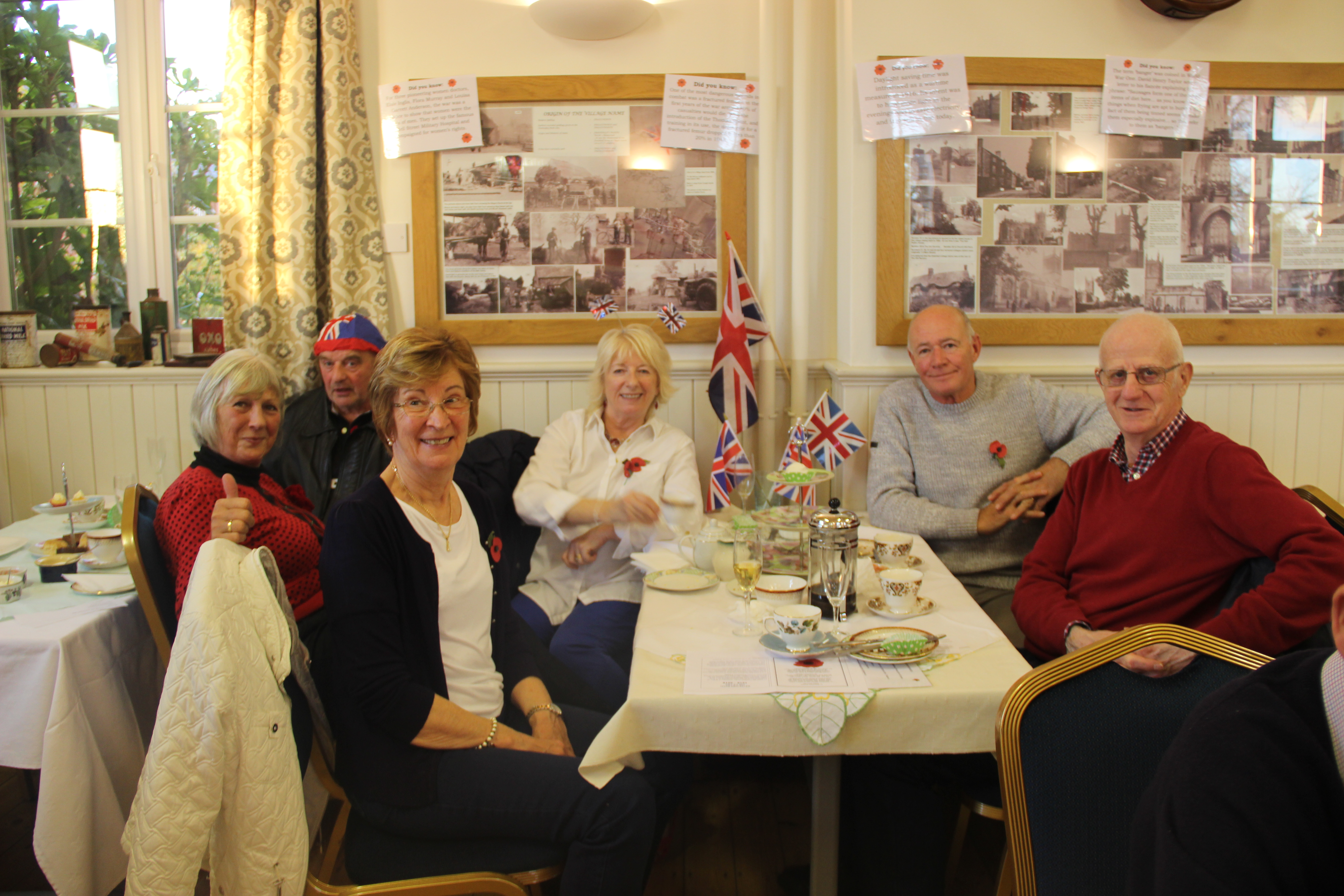 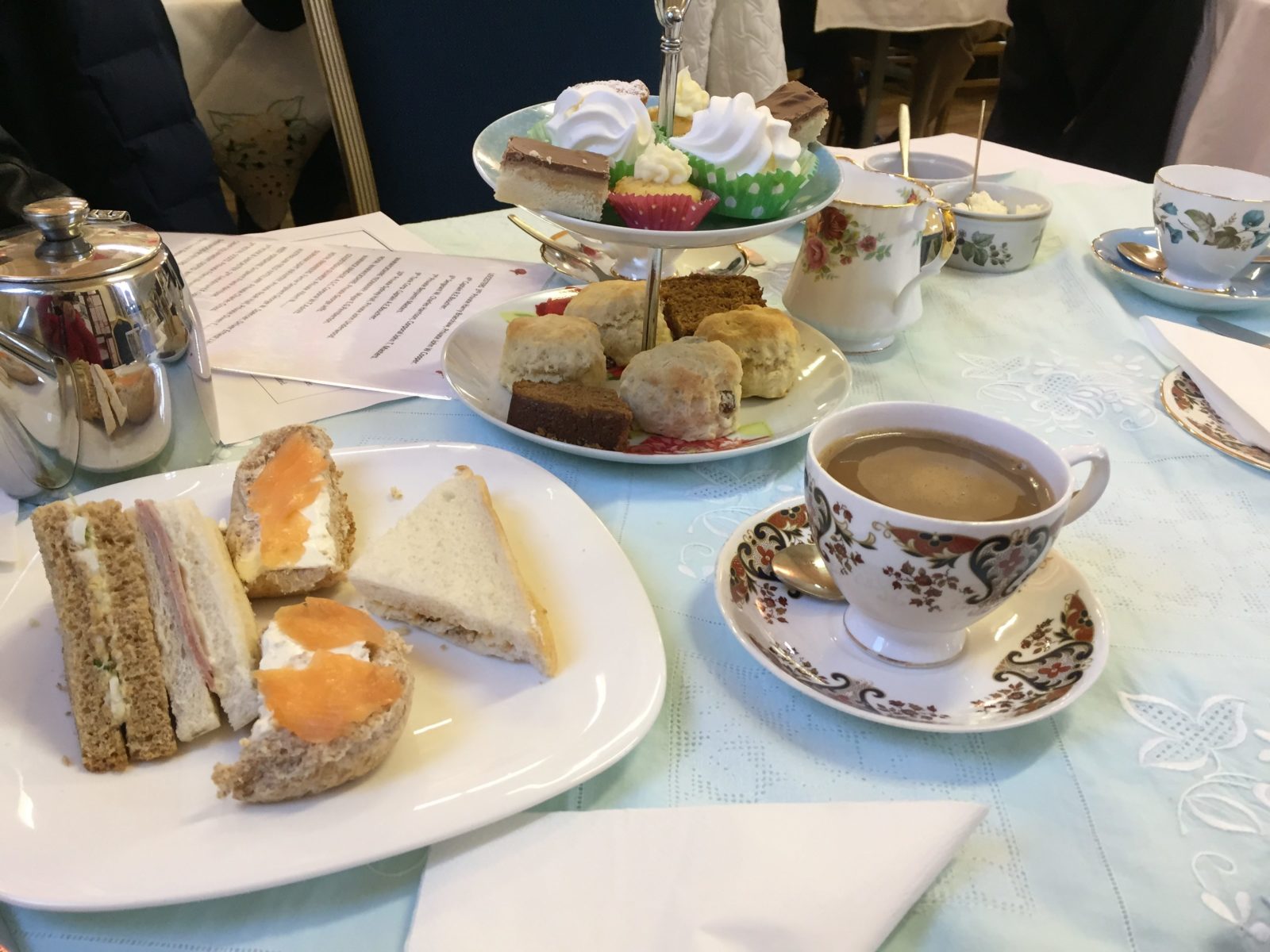 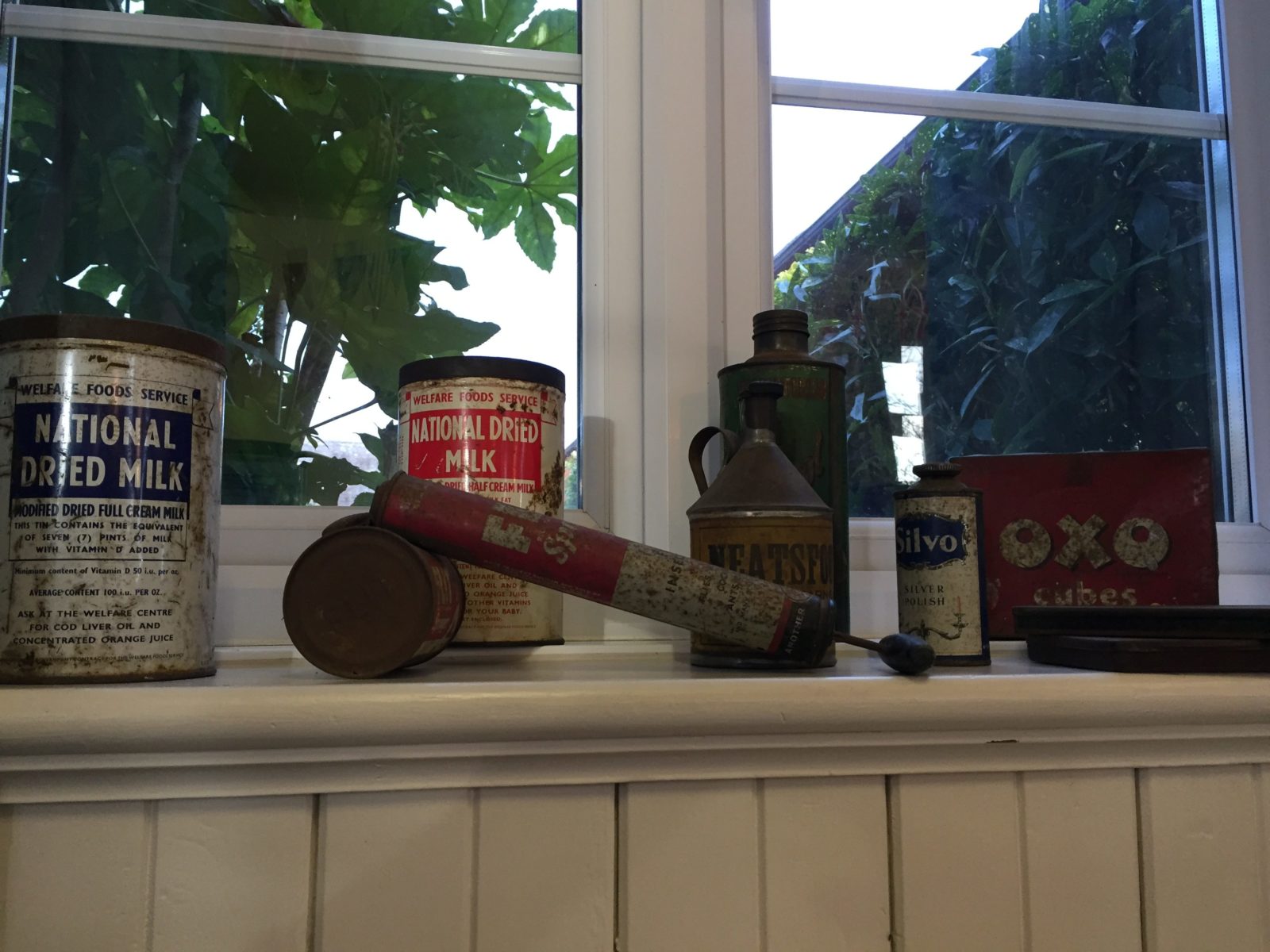 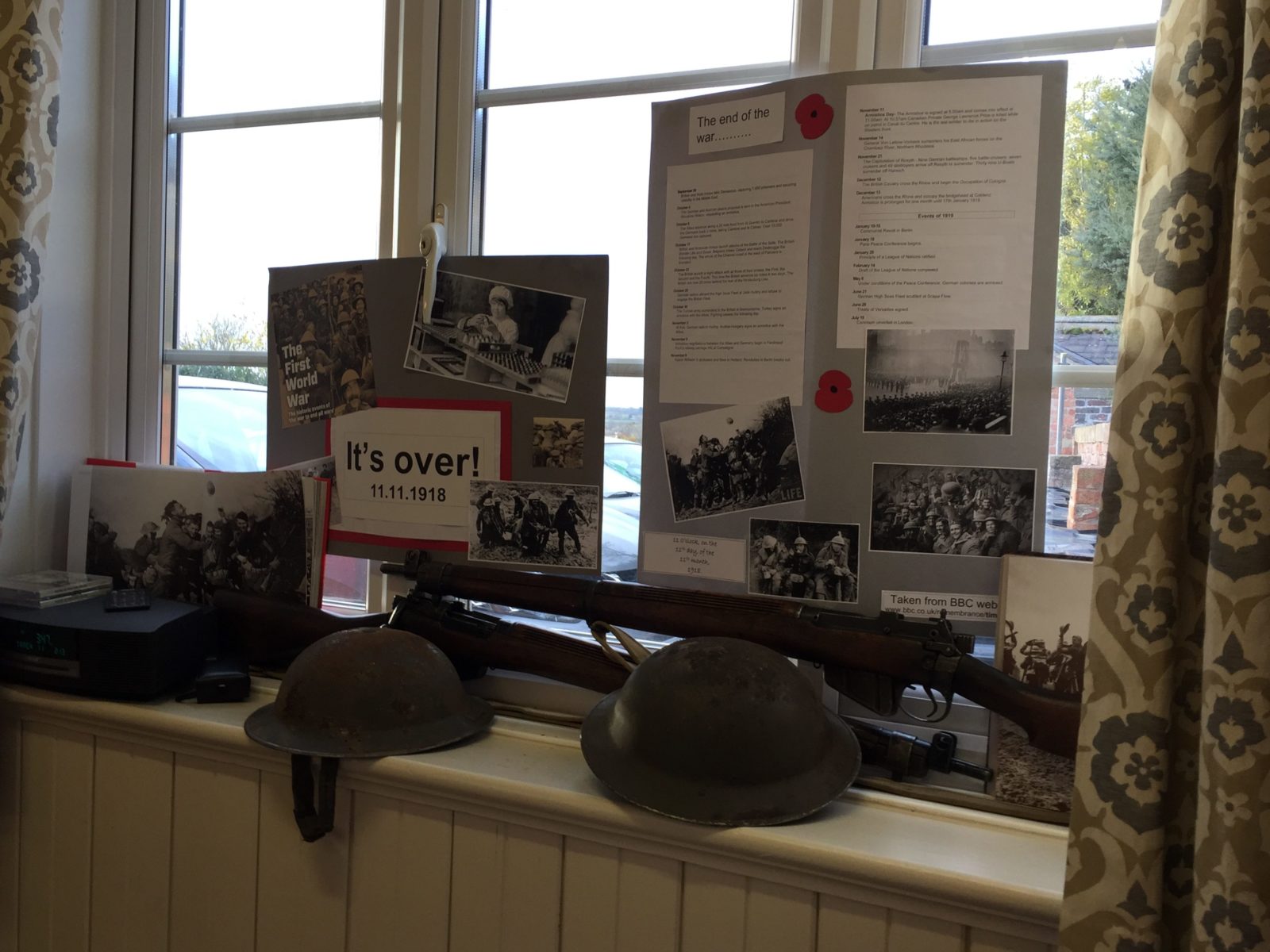 Soldier’s attire and weapons from WW1

Read all about it 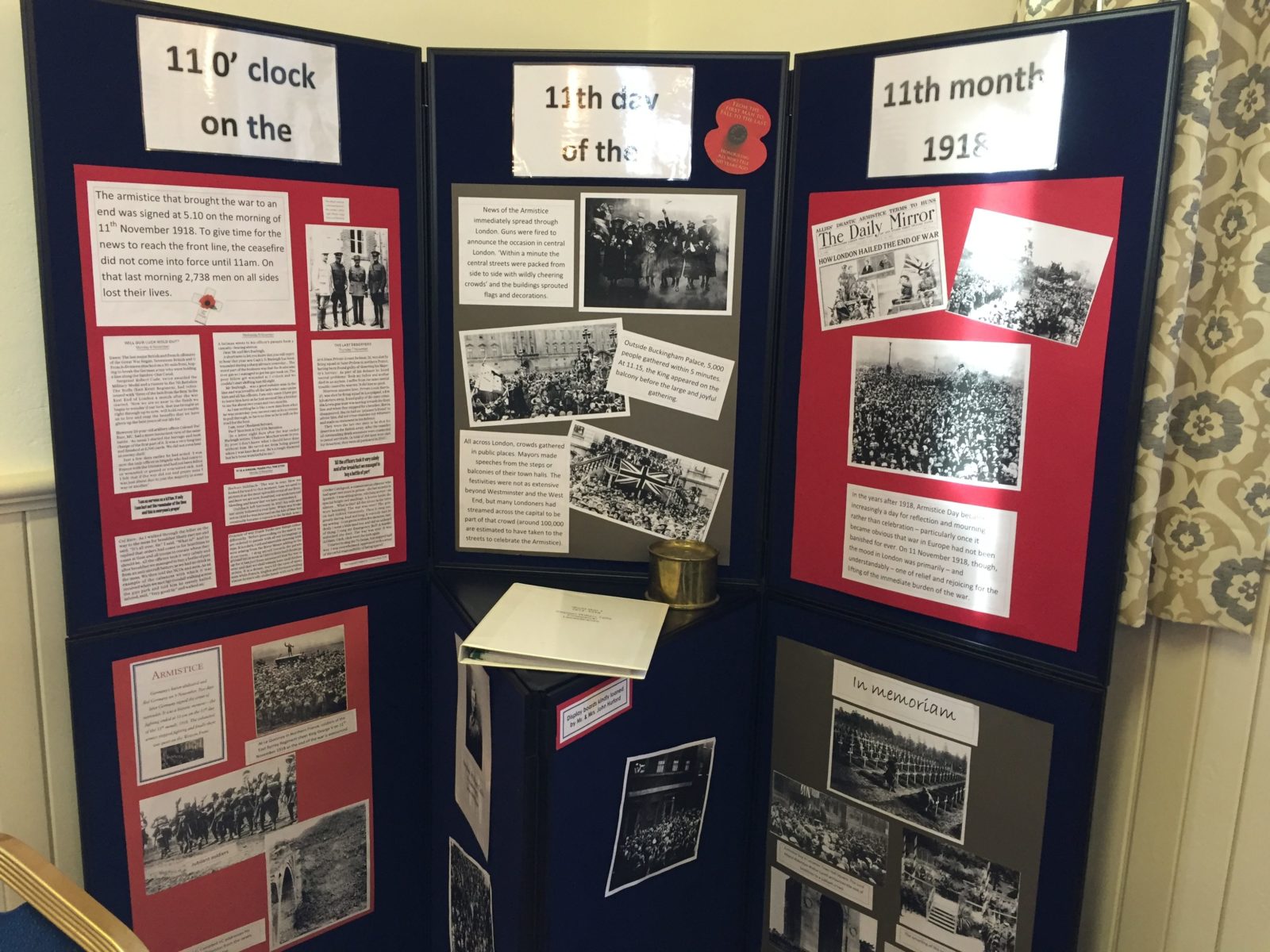 Interesting facts about the end of WW1 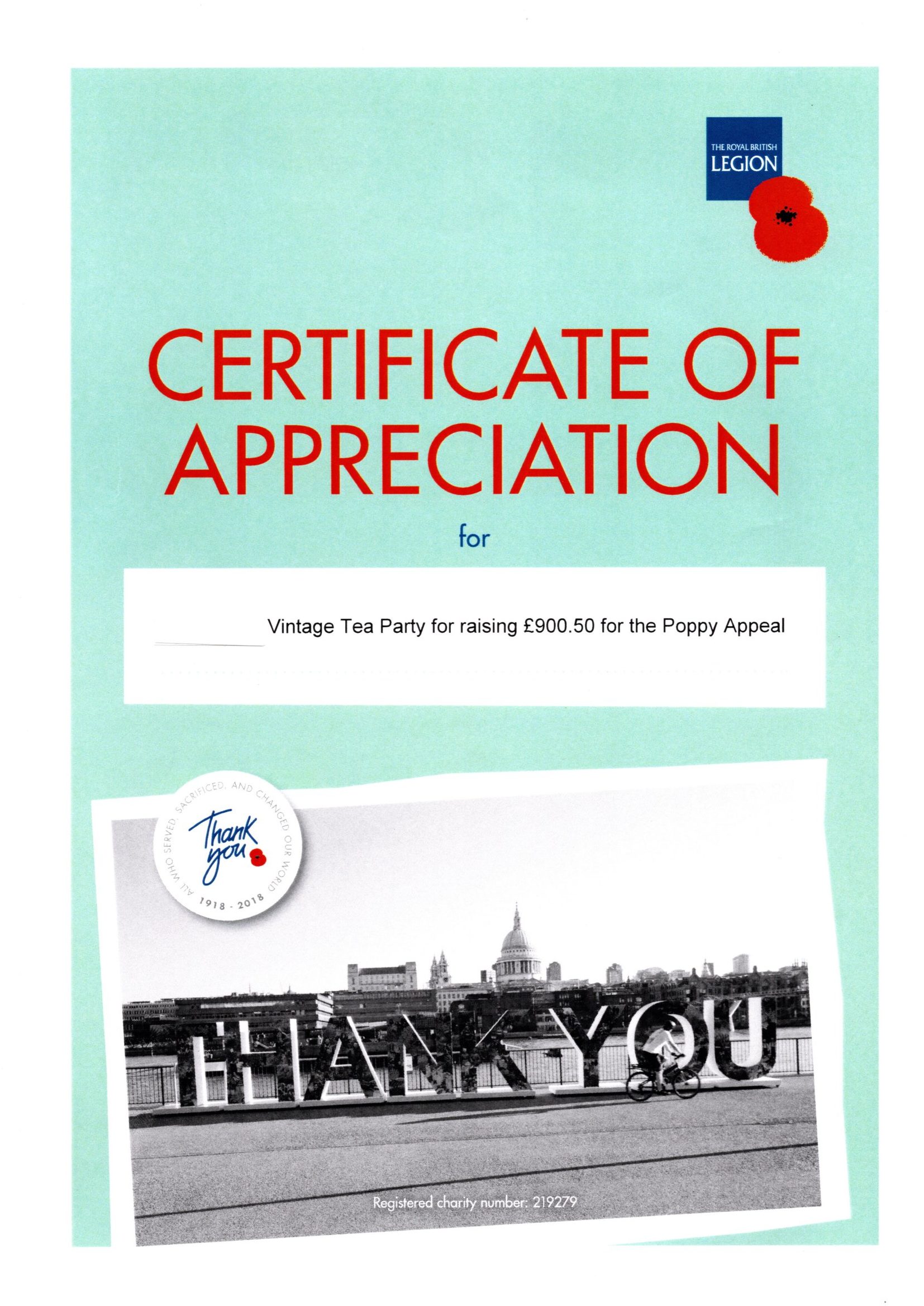 We raised £900.00 for the British Legion at the Vintage Tea Party 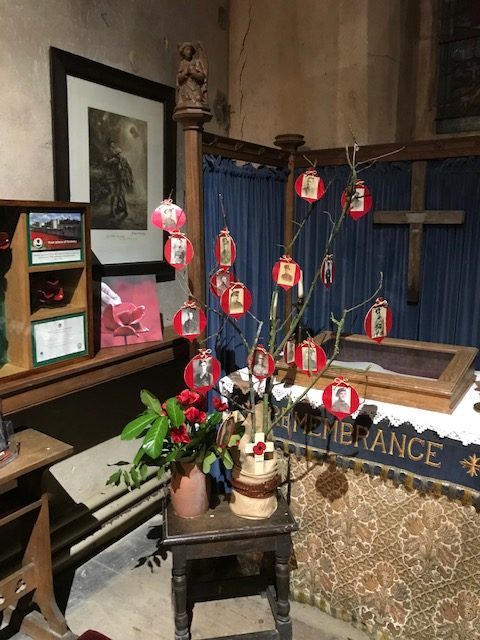 The Remembrance table in church.
The tree of remembrance created during the service on 11/11/18,
which holds pictures of the village men who fought in the war. 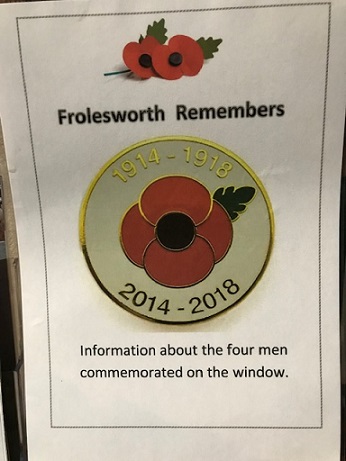 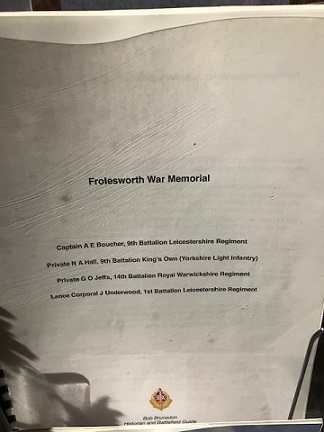 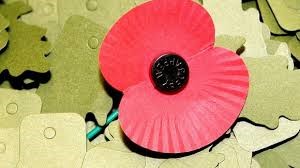